Links & Info about things to Do & Places to Visit nearby

Louth
our local Market town
This is a really lovely little market town where you can easily while away a few hours browsing in the nice old shops, there's  loads of Tea/coffee shops & pubs, they also have a few market days (with stalls) 2-3 times a week

​Horncastle
Market town famous for its antique shops
The market town of Horncastle is really nice and is very famous for having loads of antique shops to wander around, its a nice little town to visit for a walk and a cuppa especially on Market day which is every Thursday

City of Lincoln
Only a short 40 min drive
The city is a tourist center and those who come do so to visit the numerous historic buildings including the cathedral, the castle, and the Medieval Bishop's Palace.
The Collection, of which the Usher Gallery is now a part, is an important attraction. Housed partly in a purpose-built venue, it currently contains over 2,000,000 objects, Other attractions include the Museum of Lincolnshire Life and the International Bomber Command Center

​Hemswell Cliffs
Massive collection of antiques centers
Its Europes biggest antique center with over 375 antique dealers for furniture and collectibles, on a former bomber airbase with cafe.
​on Sundays they also have a very big boot sale and an indoor market in the old Lancaster bomber aircraft hanger
click here for more info/address etc

Waltham Windmill
The windmill is about 10 minutes away from us and has a couple of tea rooms, sweet shop, miniature train ride, a fantastic little museum and a few other bits and bobs, it's a nice place to spend an hour. check out their web site for opening times.
www.walthamwindmill 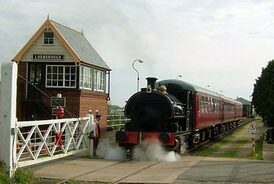 Cleethorpes
We're about 4 miles from Cleethorpes which has a lovely sandy beach to stroll along, a pier, boating lake, nice cinema, ten pin bowling and lots of fish & chip shops (nicest for sitting in and eating is Steels corner shop, it's like like stepping back in time)

RSPB at Tetney Marshes
Tetney Marshes covers over 1,500 hectares of coastal mudflats, salt marsh, dunes and saline lagoons on the north Lincolnshire coast. The reserve forms an important part of the Humber estuary, which is one of the top five estuaries for birds in the UK, with at least 175,000 birds using the estuary during the winter months. The site is designated as Site of Special Scientific
www.rspb.org.uk/tetneymarshes

Coningsby    "BBMF"
The village of Coningsby is situated in the East Lindsey south of Horncastle on the A513. It is home to one of the RAF's most important airbases, RAF Coningsby. It's home to the Battle of Britain Memorial Flight,  a collection of classic planes formed in 1957 to commemorate the Royal Air Force's major battle honour. It comprises a Lancaster, five Spitfires, two Hurricanes and a Dakota.
For those interested in two wheeled transport, Coningsby is also home to the Coningsby Moorside Motorcycle Museum.
www.raf.mod.uk/rafconingsby
www.battle-of-britain-memorial-flight

Ten Pin Bowling
A nice way to spend an afternoon if the weathers not up to much.
​Kings Rd, Cleethorpes DN35 0AQ,
www.ten pin bowling

Parkway Cinema
Easy parking and right next door to the bowling ally and brewers fayre on the sea front
Kings Rd, Cleethorpes DN35 0AQ
www.parkway cinema
Mablethorpe Sand Racing
Every second Sunday between mid Oct and Mid March they turn over the main beach at Mablethorpe to a sand racing club, it's totally free to watch and is 2-3 hrs of non stop racing.

The Kinima in the Woods
Brilliant little old time picture house tucked away in the woods at Woodhall Spa, they still have an organist pop up through the stage floor during intermission and play tunes (not sure if they do this for all films or just some, so probably best to ring them and ask) well worth a visit.
www.thekinemainthewoods.co.uk 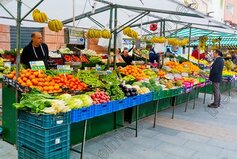